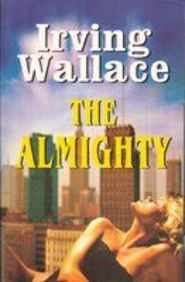 Edward Armstead was the mightiest Press baron the world had ever seen ? a ruthlessly ambitious power- crazed tycoon with an uncanny genius for predicting tomorrow's news. But behind Armstead's dazzling world-exclusive scoops lay a devasting secret. He was not only reporting the kidnappings, the thefts, the terrorist outrages ? he was making them happen. The Almighty takes reader behind the headlines and into a staggering world of corrupted ambition, billion-dollar conspiracy, crime and international terror. The Almighty is the most explosive story yet from the phenomenal Irving Wallace. About The Author: Irving Wallace was born in Chicago. His best-selling award-winning novels have been translated into numerous languages and have sold some 250 million copies around the world. He is considered one of the five most widely read authors of modern times."