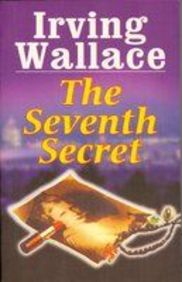 He alone suspected that no one know the truth about what really happened in Hitler's bunker on that fateful April day over forty years before. But soon four other people joined forces to find out if Hitler and Eva Braun really were still alive. They cold not imagine that these figures from the evil past still could be shadowing the world. They were even less prepared for the shattering revelation that awaited them as they moved step by terrifying step toward-The Seventh Secret. About The Author: Irving Wallace was born in Chicago. His best-selling award-winning novels have been translated into numerous languages and have sold some 250 million copies around the world. He is considered one of the five most widely read authors of modern times."